Meet the experienced and friendly doctors and staff who make Salem Eye Clinic the leading provider of vision care products and services in Salem. 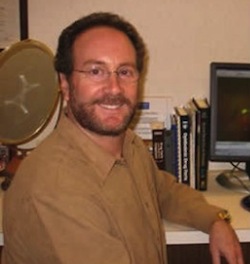 Dr. Jordan Brown graduated from South Salem High School in 1972. He attended the University of Washington where he earned a Bachelor of Science degree in Biochemistry. The following four years he studied at the Southern California College of Optometry earning his Doctor of Optometry degree.

After interning for the Army at Fort Ord, California, Dr. Jordan Brown entered practice at the Salem Eye Clinic as a fourth generation optometric physician, joining his father, Dr. Bernard Brown, in the practice in 1981.

Dr. Brown specializes in developmental vision, contact lenses, and eye diseases and disorders. He is a member of the American Optometric Association and Vision Source. He believes in preventative care and early intervention to stop or slow down changes in your vision and health.

His interests outside of the clinic include spending time with his wife Stacey, and their three daughters. He also enjoys singing in an 80 member barbershop harmony chorus, the Senate-Aires. Dr. Brown also enjoys riding motorcycles and kayaking.

“Dr. Jordan is fantastic. His teaching methods are effective and his care for each individual is apparent. He teaches not only for improved vision, but great skills for life.”

Kay McGuire, (Mother of one of our pediatric patients) 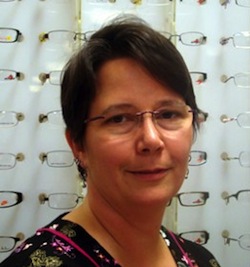 Sherri graduated from Central High School in 1985. She worked in various customer service fields before starting her career as an optician in 1990. Sherri has been a part of the Salem Eye Clinic team since 1999. She continues her education attending seminars and taking courses on line.

Sherri enjoys spending time with her family, grandchildren, and pets. Her other interests include home remodeling, gardening, reading and most recently riding motorcycles. 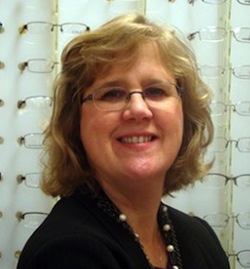 Susan was born and raised in Cambridge, Minnesota. She graduated from Cambridge High School in 1974. She went on to receive a two-year early childhood education degree from Anoka Tech. She came to Salem for a job interview in 1976, married her husband Bob and raised four beautiful children.

Susan’s love for people has been evident from working at Meier & Frank (Macy’s) since 1995, where she served as a manager for many years. In her years at Meier & Frank, Susan excelled and received awards in customer service, professionalism, and friendliness.

Her interests include spending time with her grandchildren, camping and canning. She also enjoys shopping, gardening and sewing.

Susan became a patient of Dr. Brown’s in 1995 and has served as Office Manager since 2007.

Jessica has lived all over Oregon and recently settled in Salem with her two daughters, She has worked in a wide range of jobs including animal hospitals and is a licensed hair stylist and nail technician.  Jessica loves frames and the current trends and works closely with the frame representatives to insure that Salem Eye Clinic patients receive the best product available today.

In her free time Jessica and her daughters are very active with their horse participating in 4-H, taking lessons and going to horse shows. She and her family live on a little farm with goats, chickens and rabbits.

Jessica has worked with Salem Eye Clinic since July 2013.

“Wow, excuse the pun but an eye opening experience. The customer service was way beyond excelent. The whole office staff was so nice. I highly recommend this place for all your eye needs because they are fast, very knowlegable and very concerned about all your needs”

You can schedule your next appointment with us online!